What A Carve Up

Jonathan Coe’s ‘What a Carve Up!’ is an exceling literary genre that represents all that is wrong with the greed decade in 80s Britain. Penguin asked for a book cover design that reflects the story’s themes and is eye-catching enough to sit proudly on the bookshelf.

Strung through with social comment, the book’s focus is on the fractured nation on its descent on capitalism and the self. I based the concept on the damage on the social fabric of the country as one of the book’s themes, where Margaret Thatcher tore the social fabric of Britain, destroying swatches of its economy and inflicted vindictive harm on large sections of the population.

To ‘carve up’ can be defined as ‘to cut something into pieces’ or ‘to divide and dismember’ and the fraying of the tapestry represents this disintegration and how the Winshaw family in the book are a representation of the upper class that manage to carve up every influential sphere of British life. Thinking about it visually, the use of fabric in British colours seemed apt. Fabric is woven together in a united manner in such a way that the spaces between them is equal and destroying this entirely, it’ll begin to fray. This embodies society as the gap between the rich and poor is staggered and relationships have become worn.

Cut-ups from an old checkered shirt of mine, these colours really pack a punch and suggest judging a book by its cover is perhaps a good thing. 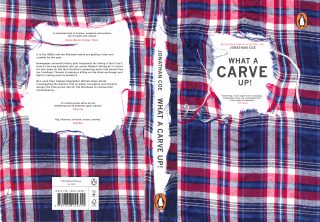 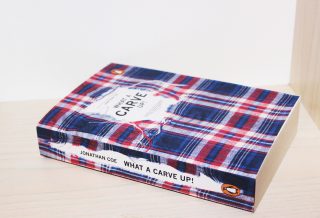 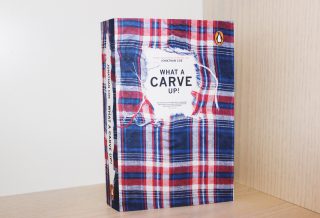 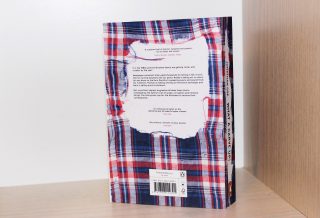